Sensei Mark Hudson 7th Dan is the head instructor at the school. He started training in Judo during 1972 moving on to Karate and kick boxing, “I kept drifting between the arts available at the time not really happy that I couldn’t throw in Karate or strike in Judo. After spending some time with the armed forces I discovered that the unarmed combat moves originated from Ju Jitsu. My Father had previously given me an old book on ‘Jiu Jitsu’ (1950’s) and I started to practice the moves at home and the Judo club I was attending, much to the dismay of my instructors.So in the early eighties I started training in Ju Jitsu under Sensei Connelly who is now a 10th Dan”.

Since becoming a black belt in Ju Jitsu Mark has also studied in Thai boxing, Freestyle sparring, Wing chung kung fu, Kali, Escrima, Jeet Kune Do, and Tai-chi Chuan. He has attended and taught on many seminars on his own, and with Sensei Connelly throughout Europe.

Tim Putney first started martial arts at a fairly young age, studying the art of Judo. He did this for a few months, taking part in a competition during this time. However, he quickly realised this martial art was not for him. He then went on to study Tang Sou Dau for a short period of time also feeling very similar to how he felt with Judo. A few years later he moved away from martial arts to start boxing. He very much enjoyed the fitness training, and how physical the sport was, however he still wanted to stay within the martial art field. A few years later, at the age of 17, he discovered In Yo Ju Jitsu, training under Sensei Mark Hudson. It didn’t take long for him to realise this was the martial art for him and hasn’t looked back since, gaining his 1st Dan Black Belt in January 2014. Since training under Sensei Mark Hudson he has also gained further experience in Muai Thai. 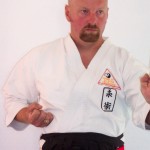 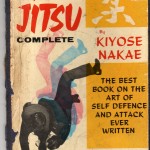 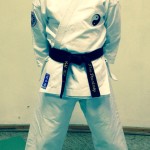 Member of AMA and the Connelly Ju Jitsu Federation